Meet the Board Members

Meet the Board Members 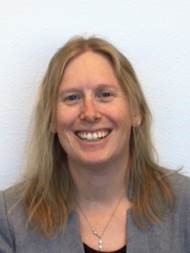 Alison grew up in Bloomsburg, Pennsylvania and attended Penn State University, graduating in 1999 with degrees in French and International Studies, with a minor in Spanish. She was fortunate to spend two semesters abroad while at Penn State—one in Salamanca, Spain and the other in Strasbourg, France. Alison attended Boston University School of Law, receiving her Juris Doctor in 2004, then relocated to the Reno/Sparks area with her husband, Robbie.

Licensed to practice in both Nevada and California, Alison was a criminal prosecutor for 13 years before joining the Washoe County District Attorney’s Office as a Deputy District Attorney in the CPS Division. She teaches Constitutional Law and Courtroom Demeanor to new law enforcement officers at the Northern Nevada Law Enforcement Agency. She is also a member of the Northern Nevada Women Lawyer’s Association and Nevada Women’s Lobby.

Alison and Robbie have two wonderful children and believe that it is important to build a stronger, safer community for all children. Therefore, in 2014, Alison became a CASA (Court Appointed Special Advocate) volunteer, which allows her to help the Family Court determine what is in the best interests of children removed from their homes due to abuse or neglect. After seeing so many children in need, Alison created Project Sweet Dreams and our mission is to help children during the most difficult times in their lives.

Alison began studying martial arts in 2012 and achieved the rank of Brown Senior before having to take a hiatus due to a neck injury. She’s hoping to get back on the mat someday, but in the meantime is learning to embrace mindfulness, meditation and yoga. She and her family enjoy watching hockey and traveling. 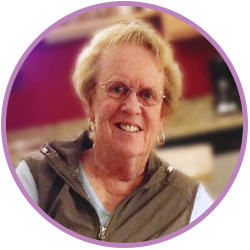 Born and raised in NJ, Diane and her husband moved to several different states before settling in PA to raise their children. Her son, daughter-in-law and two grandsons currently live in the Cleveland Ohio area, and her daughter, son-in-law, and two grandchildren live here in Sparks.

Diane’s last 17 working years were spent with the Columbia-Montour Aging Office in PA. She began there in the fiscal department as her background was in bookkeeping, but advanced to an Agency Administration position overseeing seven Senior Centers in their bi-county service area. Upon retirement, and having been widowed after 44 years of marriage, Diane decided to relocate to Sparks to help raise her grandchildren and help lighten the load for their working parents.

Since moving to NV, Diane has enjoyed the friendships she has made since joining the Reno Newcomers’ Group. She has been a proud volunteer as a lector and kindergarten religious education teacher at Holy Cross Catholic Church. Diane is also very proud of the representation she has provided to youth in the community as a CASA (Court Appointed Special Advocate) in Washoe County for children in the foster care system.

Born in Albuquerque, New Mexico. Graduated High School at Eielson AFB in Fairbanks, Alaska. As a daughter of career serviceman, she had the privilege of traveling and living from East Coast to West Coast and in between of the United States. Married for 40 years, mother of three children, four grandchildren and one great grandson. Active in Reno Corvette Club, volunteer at Van Gorder Elementary School in the classrooms of her two youngest grandchildren. Retired from Raley’s after 30 years, prior to that was an Administrative Assistant in California and Nevada for 20 years. Enjoys traveling, quilting, spending time with family and friends. 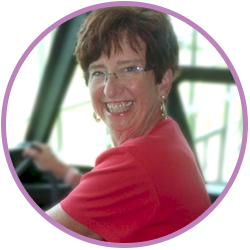